Ks for Kids: Root for the Home Team — and Local Charities 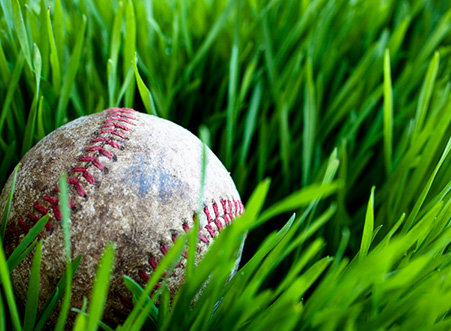 What is America’s favorite pastime? Some say baseball, while others claim football. I must be honest — I’m not a sports enthusiast. But I do understand baseball’s claim to be the nation’s best-loved sport.

As a young girl, my dad would put us kids in the station wagon and head to the ballpark for a fun-filled afternoon of baseball. I can still hear the sound of a bat making contact with the ball and the crowd cheering as the home team scored. I remember eating Cracker Jacks and hot dogs and singing “Take Me Out to the Ball Game.” They are fond memories that I will always cherish. Baseball games are where memories are made.

Many people enjoy that same experience each year. According to BaseballPilgrimages.com, over 70 million people attended a Major League Baseball game in 2017, and Minor League Baseball had its fifth highest attendance ever in 2017, drawing more than 40 million visitors. Add millions more spectators and participants in youth, high school, and college leagues, as well as organized games in local communities and impromptu games among friends, and it’s safe to say that baseball remains a well-loved sport that’s as American as grandma’s apple pie.

Ks for Kids: A Win for Local Charities

Highmark Health and its affiliates also love baseball and step up to the plate in a variety of ways. One company, Visionworks, is the official Eyewear and Eye Care Retailer for Little League® Baseball and Softball.

Another baseball-inspired program, Ks for Kids, has been active now for more than a decade. Through Ks for Kids, a local health plan and a local minor league baseball team partner to support charities in their community. The way it works is that the health plan pledges to donate a certain amount for every strikeout (or “K” in baseball scorecard shorthand) that the minor league team’s pitchers record during the season.

Together, they have provided over $70,000 in financial support to local charities working to create healthier communities and healthier people.

Ks for Kids: A Home Run in Delaware

Every baseball season since 2006, Highmark Delaware pledges to donate $10 to a specified local charity for each strikeout thrown by a Wilmington Blue Rocks pitcher. Charities that have benefitted from Ks for Kids include:

Ks for Kids: A Doubleheader in West Virginia 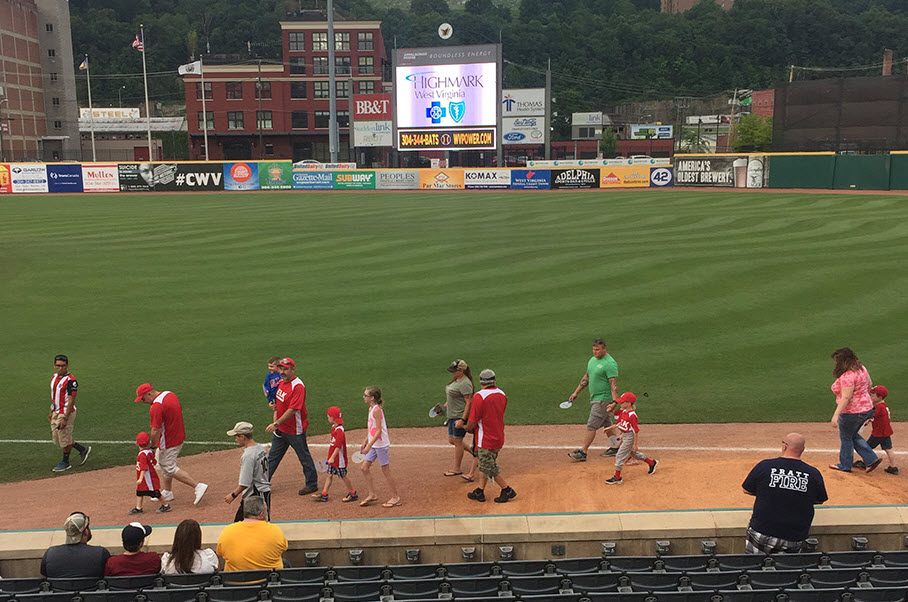 An on-field parade at the 2017 West Virginia Power Ks for Kids event.

Baseball has a long history in West Virginia, with the first organized game going back to 1866 in the mountain state. Highmark West Virginia launched its first Ks for Kids program in 2014, and now partners with two minor league teams, one in Charleston and one in Morgantown.

Every season, Highmark West Virginia pledges to donate $5 to a specified local charity for each strikeout thrown by a West Virginia Power pitcher. Charities that have received Ks for Kids donations include:

Donations for the 2018 season will go to Elk River Backpack Blessings. The backpack program feeds hungry students from seven local schools along the Elk River in West Virginia.

Each time a Black Bears pitcher strikes out an opposing batter during a home game at Monongalia County Ballpark, Highmark West Virginia makes a donation to a local charity.

Every season, the Ks for Kids campaign has supported Variety the Children’s Charity, which focuses on the needs of children who are sick or live with disabilities and other special needs.

“It is only through the sincere support of community partners like Highmark and the West Virginia Black Bears that Variety has been able to impact children with disabilities and give them opportunities to discover the possibilities for their own lives,” says Charles LaVallee, CEO of Variety.

“This will be the fourth year we have sponsored Variety the Children’s Charity,” says Kristy Cramlet, Public Relations Analyst for Highmark. “A special event is held at the end of each season where the kids are presented with their very own customized adaptive bikes, and they get to make their inaugural ride on the field during a game.”

During the last home game of every season, a check is provided to each charity supported by Ks for Kids in West Virginia. A total of $17,500 has been donated since the program started in 2014 thanks to the partnerships with the West Virginia Power and West Virginia Black Bears baseball teams.

If you’re in Delaware or West Virginia, get out to the ballpark this season and cheer on the Wilmington Blue Rocks, the West Virginia Black Bears, and the West Virginia Power — and give an extra shout for each strikeout your home team’s pitchers throw, because every “K” means more money going to support local charities and strengthen the community!

Each year, Highmark Health and its affiliates contribute millions of dollars to support hundreds of organizations and programs that improve health, well-being, and quality of life in our communities. You can learn more about charitable giving, community programs, volunteering, and other ways we reinvest in and strengthen our communities in our website’s Corporate Responsibility area, throughout our annual report, and here on the Highmark Health blog in our Community section. One of our best-known community programs is the Highmark Walk for a Healthy Community — annual fundraising walk events in seven different regions that benefit local health and human services organizations. Highmark coordinates and underwrites the cost of each walk so that 100 percent of the money raised by walkers goes to the participating nonprofits. Between the inaugural Walk for a Healthy Community in 2003 and 2018, these events raised more than $13.6 million dollars for hundreds of nonprofits.