PITTSBURGH (Aug. 20, 2018) — Highmark Health today announced financial results for the first six months of 2018, reporting an excess of revenue over expenses of $551 million and an operating gain of $502 million, both comparable to prior year performance. 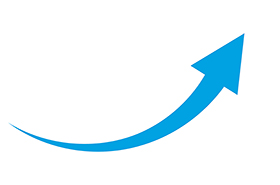 Pre-tax results of $602 million were $21 million ahead of prior year.

These financial results were driven by strong performance across all business divisions, notably Highmark's commercial and government health plan business due to continued focus on value creation initiatives; stable results in the Diversified Business due to a substantial turnaround in the stop loss business; and operational improvements at Allegheny Health Network. Gateway Health and Penn State Health also contributed to the strong performance.

Total consolidated revenues reached nearly $9.4 billion for the first six months of the year, an improvement of more than $200 million over last year, attributable to increased revenues from United Concordia Dental due to a full year of servicing the TRICARE contract, as well as higher core business revenue from Allegheny Health Network and HM Health Solutions.

Highmark Health continues to reflect a strong financial profile with more than $8.3 billion in cash and investments, an increase of more than $400 million since December 31, 2017, and net assets of more than $6.9 billion as of June 30, 2018.

"As we've stated before, Highmark Health has a holistic capital plan and strategy and a diversified business operating model that enables us to continue to invest in Allegheny Health Network to advance our path to value-based care," commented David L. Holmberg, Highmark Health's president and chief executive officer. "Our financial performance and growth, combined with the recent rating upgrades from Standard & Poor's, AM Best and Moody's, clearly indicate that our strategy is working and we have succeeded in creating true competition and providing consumers with choice and access to high-quality, value-based health care in the markets where we operate."

"As an enterprise, we extended the positive momentum of our financial performance in 2017 through the first six months of 2018, with strong performance across all business divisions and a consolidated operating margin of nearly 6 percent, which we believe is a solid indicator that our integrated delivery and financing system model is working," added Karen Hanlon, chief operating officer and chief financial officer. "We are particularly pleased that Allegheny Health Network has now reported positive operating margins for five consecutive quarters. What makes this achievement significant in 2018 is that it was delivered while executing on a value based strategy designed to better coordinate care, to deliver care in lower cost outpatient settings when appropriate, and to redesign the delivery of care for the highest quality and lowest cost."

The Highmark Health Plan reported an operating gain of $443 million for the period ended June 30, driven by strong performance in both the commercial and government business.

Highmark's commercial business delivered an operating gain of $155 million for the first six months of the year. The health plan's focus on clinical transformation initiatives, aligned with the same efforts at Allegheny Health Network, continue to build momentum on reducing care costs and delivering value to our customers.

Highmark's government business — which includes Medicare Advantage, ACA, Medicaid and small group segments — continued its improved performance with gains of $288 million, slightly ahead of prior year. This is due to favorable claim development in both the ACA and senior segments, growth in the Medicaid business, and appropriately priced care models for ACA members, resulting in further stability of that sector.

Highmark's diversified businesses reported combined earnings of $82 million, driven by a turnaround in the stop loss business and growth in the dental business, offset by a reduced overall vision portfolio due to the sale of Davis Vision at the close of fiscal year 2017, and the slow recovery in the retail sector.

United Concordia Dental's government and commercial business extended its positive performance, delivering an operating gain of nearly $45 million, comparable to prior year. These results include the first full year that United Concordia has serviced the TRICARE contract, which began on May 1, 2017 with the onboarding of more than 1.8 million service members and their families.

Highmark Health's stop loss business, HM Insurance Group (HMIG), reported an operating gain of $44 million, an improvement of $37 million year over year that reflects the company's diligence in managing through the challenges impacting the entire stop loss sector to restore profitability in just one year.

Visionworks, the company's retail vision business, continued to experience soft sales in the first quarter, consistent with industry trends, resulting in an operating loss of $7 million through June 30. Despite this slow recovery, the company is focused on executing on a multi-year turnaround plan.

Allegheny Health Network reported operating income of $24 million, an increase of approximately 120 percent compared to the same period in 2017. Other key measures related to financial health (such as DCOH and DSCR) also showed growth and improvement year over year.

The health system's positive performance was driven by a number of key factors, including greater operational efficiencies and more effective business and clinical processes; improved revenue cycle operations; an increasingly complex case mix; and improved care coordination through our integrated electronic health record system. In addition, AHN has been successful in earning additional funds from a variety of pay for value programs.

HM Health Solutions, our Information Technology Services company, which currently supports thirteen Blue Cross Blue Shield plans in multiple states, servicing nearly 10 million members, delivered a $29 million operating gain for the first six months of 2018. This is an improvement of $24 million year over year, as the company continues to improve operating efficiencies and lower the cost of serving health plan members on its technology platforms.

Highmark Health experienced a $12 million improvement in corporate and other expenses over prior year, as the corporate division benefitted from the results of its investment in Penn State Health.

Highmark Health, a Pittsburgh, PA-based company, that, together with its subsidiaries and affiliates collectively employ more than 40,000 people and serve millions of Americans across the country, is the second largest integrated health care delivery and financing network in the nation based on revenue. Highmark Health is the parent company of Highmark Inc., Allegheny Health Network, and HM Health Solutions. Highmark Inc. and its subsidiaries and affiliates provide health insurance to nearly 5 million members in Pennsylvania, West Virginia, and Delaware as well as dental insurance, vision care and related health products through a national network of diversified businesses that include United Concordia Companies, HM Insurance Group, and Visionworks. Allegheny Health Network is the parent company of an integrated delivery network that includes eight hospitals, more than 2,400 affiliated physicians, ambulatory surgery centers, an employed physician organization, home and community-based health services, a research institute, a group purchasing organization, and health and wellness pavilions in western Pennsylvania. HM Health Solutions focuses on meeting the information technology platform and other business needs of the Highmark Health enterprise as well as unaffiliated health insurance plans by providing proven business processes, expert knowledge and integrated cloud-based platforms. To learn more, please visit www.highmarkhealth.org.