Men and Depression: Even “Tough Guys” Feel Down Sometimes

Men are tough. They're self-reliant, confident achievers, constantly in control of their surroundings and completely composed. At least that's what our society would have us believe.

While it may not fit the quintessential idea of manhood, more than six million American men experience depression every year.

Whether you're a firefighter like Jimmy (in the video above) or have a less stereotypically macho profession, you're not immune to depression. No one is.

The greater the difference between what's going on inside of a person and what they're showing the world, the more energy it takes to maintain that difference.

So if you’re feeling lousy and depressed inside, and you're trying to fake it to look like you're feeling good on the outside, that's really a lot of work. It's hard to sustain.

Acknowledging that you're feeling low — and being willing to do something active about it — makes life easier.

Men typically present with somewhat different depression symptoms than women do. Men may complain less of being sad, but may be more irritable, try to cover up the depression by working more, and are prone to drink more to suppress the symptoms rather than to be more willing to talk about them.

Symptoms of depression for men as well as women include:

Men who are depressed are more likely to be irritable and show a loss of pleasure from things they used to enjoy. Someone who used to go hunting or to football games, for example, may seem unwilling to put forth the effort; that's generally more common in men than in women.

When men are depressed, they often don't recognize it or want to admit it.

I've treated several depressed men who didn't think they were depressed. They say, "Work is stressful and my mind won't stop at night; I'm more anxious than I used to be, but I'm not depressed." And I ask them if they still enjoy things they used to enjoy, and they say "Well, not really."

In my experience as a psychiatrist, a man's spouse or significant other is the one to call and set up the first visit. In the majority of cases, the partner comes in for the first appointment — to be supportive or to make sure he actually comes to the office.

It can be very useful to have the partner there, because people always see us differently than we see ourselves. You can't say that one view is more accurate than the other, but they're different, valuable and important pieces of information.

The first step in treating depression is a careful assessment by a psychiatrist, other mental health professional or primary care physician (PCP); it's the equivalent of a good medical history and physical from your primary care doctor. 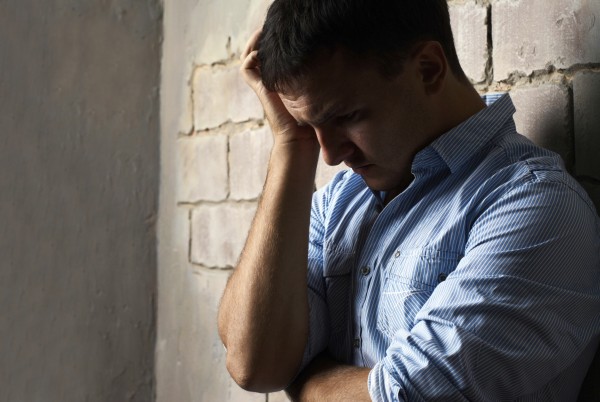 I also collect information about social habits like smoking, drinking, recreational drugs, a family history and what we call the mental status exam, which is kind of the equivalent of the physical examination for an internist or family medicine doctor. The mental status exam is a careful assessment of the person's thinking, memory, concentration and a variety of other aspects.

I take all of that information to determine a diagnosis and then talk with the person about what I think he or she has and why, and the treatment options available.

Almost any time somebody has a mental health condition, the first decision point about treatment is psychotherapy — or talking therapy — medications, or both. In general, the evidence that's out there suggests that the best outcomes are a combination of both talking and medication. That's not across all conditions, but it's pretty clear with major depression that that's the case.

You don't lie on a couch and talk to a guy with a funny beard about your parents.

Most mental health professionals don't do psychoanalysis. Two common forms of psychotherapy that have been studied — the same way we study medication — and proven to be more effective than placebo are cognitive behavioral therapy (CBT) and interpersonal therapy (IPT). Not every therapist knows how to do them well, and not every patient wants to do them or has the time and interest, but I always offer them and if someone is interested, I can make a referral.

As far as medicines, there are a number of antidepressants on the market. If you look at the data carefully, none is any better than all of the rest.

There's no best antidepressant. The challenge is to find out what works best for each individual.

That can be a trial-and-error process, but if we're careful and persistent, we can get good benefits with tolerable side effects for almost everybody.

We occasionally need to resort to more aggressive treatments for depression, including electroconvulsive therapy (ECT), although that's rarely first-line. It's very well tolerated, and isn't like it was portrayed in “One Flew Over the Cuckoo's Nest.” It's safe, very controlled and highly effective.

Typically, once the man is feeling better, the challenge for the psychiatrist is to educate him on what he needs to do once he's better to stay better. These medications are not curative the way penicillin cures pneumonia; they treat the condition and the symptoms. Feeling better isn't a signal to stop taking the medication.

Most people will cycle through an episode of depression over time. When somebody is experiencing depression for the first time, we wait until we suspect that has happened, and then taper them off the medication. That's typically a year-long process or more. 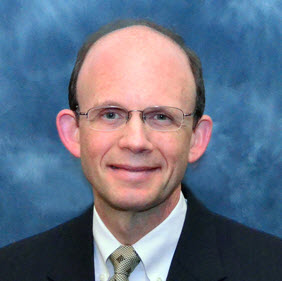 Medical Conditions That May Look Like Mental Health Issues

More than 100 medical issues can masquerade as mental health conditions or contribute to them, which can complicate diagnosis and treatment decisions.

For example, what appears to be depression could actually be the result of an underactive thyroid, diabetes, Lyme disease, lupus or a sleep disorder.

That's why, as a psychologist, I need to know my patients' medical history — so I can get down to the root cause of their symptoms.

Starting the Conversation About Depression

If you think a loved one may be struggling with depression, talking to them about it directly is a good first step.

Consider starting with: "I'm concerned about you, and let me tell you why I'm concerned. Maybe you can talk with me about whether I need to be concerned or not." And then just lay out what you've observed in your loved one, and end with, "I'm concerned you might have a clinically significant level of depression and might need some help getting through it."

The National Alliance on Mental Illness has additional resources for family members supporting loved ones with a mental health condition.