Get to the Target: Kevin Lacz on Motivation and Teamwork

A former U.S. Navy SEAL who served with one of the most decorated units of the Iraq war. Advisor and co-star in the Oscar-winning film, American Sniper. Author of the bestselling memoir The Last Punisher. Co-founder of Lifestyle and Performance Medicine and the Hunting for Healing charity for veterans. Successful motivational speaker and consultant.

No one would question Kevin Lacz’s ability to get to his target. 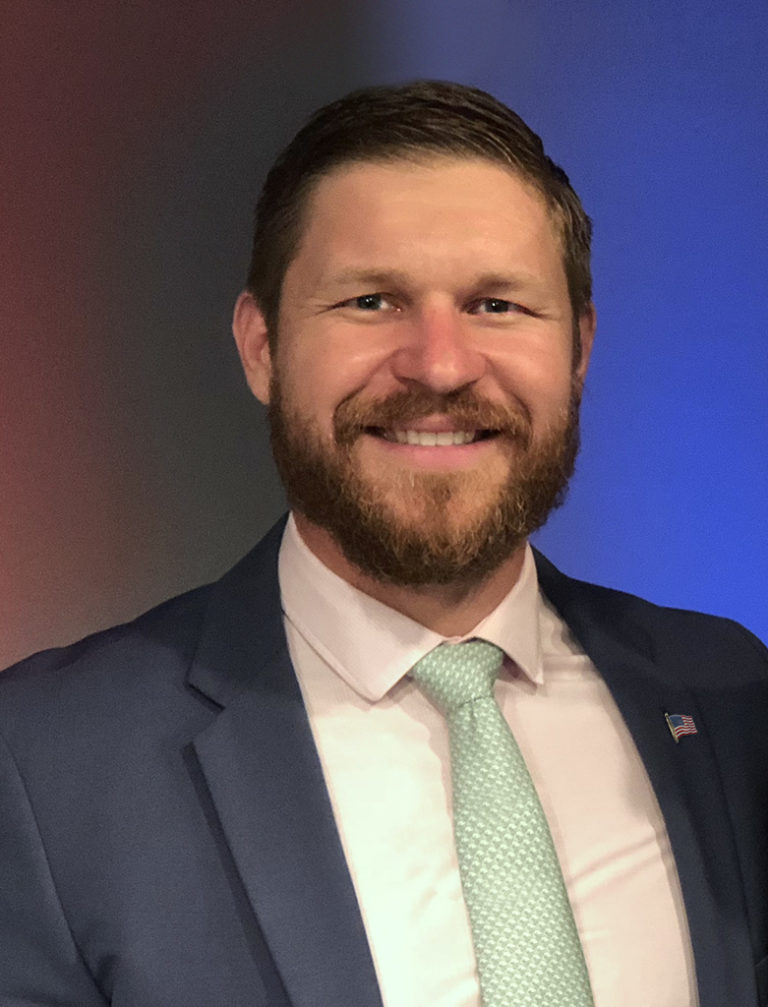 And yet, when asked what motivates him, he explains that it was a sense of academic failure during his first year in college that helped set him on his current path.

“I had to taste what it’s like to fail in order to tap into what drives me to succeed,” he says. The 9/11 terrorist attacks inspired him to leave college and enlist in the U.S. Navy, where he completed Basic Underwater Demolition SEAL training and found a home on SEAL Team THREE.

“I hate failing, so why not see how good I am at the highest level? For me, it was getting to that point where I realized I didn’t want to fail anymore, so I’m going to join the military, and the SEAL Teams, which is the most competitive environment possible.”

Lynn Seay (LS): Thank you for an excellent presentation — so many things resonated. Our organization has been going through a huge transformation. People are encouraged to think outside the box, but one challenge is getting broader buy-in. Any thoughts on how to motivate people, when you’re willing to make a change yourself, but as a leader now you have to get other people to do something differently that may be uncomfortable for them?

Kevin Lacz (KL): To succeed and win, you have to take some sort of risk. My old platoon chief used to say, “If everybody likes you, you’re doing something wrong.”

If you think about the bell curve, there will always be people on the fringe that you’re not going to reach. That’s part of growth — it can be painful at times for everybody involved, but you have to make necessary changes, and people not willing to get on board need to understand that this is the direction we’re going. Either they’ll jump onto the big win or they’re left behind in the dust.

With personal motivation, the question is what experiences and environments can you put yourself into that really tap your full potential? You can be on that path of least resistance all day long, but if you want to be dynamic and successful, you have to get outside that path and challenge yourself. For me, going to the Teams was that kind of change. I liked every morning getting up and knowing that I had to perform at the highest level.

Don Bertschman (DB): In your presentation, the approach to teamwork was centered on the individual — owning your space, understanding your influence — but you also emphasized the bowed head of the eagle in the SEAL trident, which is about the value of humility. Could you talk more about finding the balance between high-performing individualism and what a team may need?

KL: You have to be comfortable as an individual to be successful on a team. I think if there’s any insecurity on board, that makes you more of a liability than a helpful part of the team. With the SEAL teams, when you put people through a rigorous training where everybody fails at some point, people learn how to be humble. It kind of hedges that Alpha personality.

On the Teams, when we would do operations and training, we would have the first and second in charge leading, but then we’d mix it up, and the last guy would have to lead the operation. Anyone can sit in the peanut gallery and make comments — knowing that you could be tapped to step up and lead at a moment’s notice puts a check on that. On the collaborative side, having everybody be part of the planning process is also important. If you’re assaulting a target, and you’ve been doing it one way, it’s good to have someone look at a plan with fresh eyes and say, wait, what about this way? This approach to mission planning helped balance out the strong personalities while bringing everyone’s different strengths to the table.

DB: What about clarity of mission? Some veterans have told me that can be a transition challenge — going from a military environment with a clear mission and clearly defined roles, into corporate situations where sometimes there is less clarity because of more people defining or redefining a mission from their own perspective.

KL: That’s a good observation, but I think it is oversimplifying to say there’s a military way that is very linear and then the civilian side is different. Yes, in the military I have a target, and it’s a capture or kill mission, and that’s pretty clear. But there is an old saying from a German general that no battle plan survives first contact with an enemy. Although you plan and plan, you still have to be ready to read and react and change.

Same thing in the business world. You set your budget and plan everything for the year ahead, but things change in your industry, priorities shift, what you predicted doesn’t happen — so again, the battle plan doesn’t survive first contact with the enemy.

In any setting, you have to look at your targets. In a SEAL mission, I might have a one-meter, three-meter, and 10-meter target, and I’m going to address what’s in front of me first, and then move on to the next one. Targets are different on the civilian side — instead of hunting bad guys, we’re making sales or growing business or improving a process, but we have to adapt and do what we have to do to get to the target.

DB: In our Veteran Voices series, veterans share insights on a range of topics, including the transition experience — not just challenges, but also how military experience has been valuable in their work. That’s also a focus of our V.E.T.S. business resource group — helping veterans, and leaders across the organization, to fully appreciate that value. Do you have any advice around hiring veterans and working through that initial transition period?

KL: First, there’s a belief sometimes that every veteran who’s seen combat has post-traumatic stress disorder (PTSD), and that’s just not the case. Estimates vary, but one study of 60,000 Iraq and Afghanistan veterans said 15.7 percent screened positive for PTSD. Experiences change individuals. You could see a traumatic highway accident and that could change you. But I don’t think every experience like that is negative. I’ve had friends killed in combat. You accept that as an inherent danger of being a Team guy. But it can also be empowering to realize that there are people who are willing to put everything on the line. I think with veterans you have to see where those military experiences, good and bad, strengthen you and make you a more complete individual.

What all branches of the military have in common is that they send you through training that includes teaching you to be on time, have your appearance reflect your attitude, and work well with others. Sometimes it’s just the basics — that can shift the climate in a business when you don’t compromise on something as basic as being on time, or the mutual respect of listening. Admiral McRaven talks about making your bed every morning — start each day with a victory. When you forget the basics it can parlay into longer-term failures potentially.

As a veteran, another thing is yes, be proud of your service, it helps you where you’re going, but don’t let it become a crutch you fall back on, where you are unwilling to change. You have to assimilate back to the civilian side.

DB: Could you talk about your civilian work as a certified Physician Assistant (PA) and how you co-founded Lifestyle and Performance Medicine?

KL: Sure. I was finishing my Master of Medical Science degree at Wake Forest and looking at PA jobs. I had a buddy going through what was then called Athlete’s Performance, now EXOS. This was a physical therapy and rehab institute that has an NFL Players Association contract. They teamed up with the Andrews Institute, and they have a benevolent fund where special operations guys can rehab next to professional athletes. My buddy was going through this program and one doctor he was working with, Dr. David LeMay, was looking to hire a PA. So that was the start.

Lifestyle and Performance Medicine is a concierge-based functional medicine practice. So functional medicine — we look at all the different problems going on; instead of just looking at a symptom, we try to find the root cause. I liked orthopaedic surgery, trauma surgery, that hands-on experience, but with functional medicine I like the system-based thinking and working with a patient to achieve their goals.

Most of my patients are healthy — they feel good, but they want to feel great, so we look at lifestyle, getting them off medications, everything we can do to achieve that goal. We have professional sports teams we work with, military units, SEAL units, and many private clients. We’re also involved in working to change treatment protocols for addressing older operators that have hormone issues, thyroid issues, and related issues.