A Life Dedicated to Caring for People with HIV/AIDS

As a certified registered nurse practitioner seeing patients, and as director of the Allegheny Health Network (AHN) Center for Inclusion Health, Stuart Fisk is dedicated to helping socially and economically marginalized populations. That dedication has been recognized with a 2018 Excellence in Nursing award, an inspiring “Care without Judgment” video, and the Pittsburgh AIDS Task Force Kerry Stoner Award.

Fisk’s career began during the peak of the HIV/AIDS epidemic in San Francisco, including caring for a roommate who died of the disease, and working as a hospice nurse in hotels that served as housing for members of marginalized communities with HIV/AIDS. He says that experience launched his life’s work, teaching him not only how to be a nurse, but “how to be a human being.”

Although effective medical treatment and prevention for HIV/AIDS now exist, approximately 770,000 people died of the disease globally in 2018. More than 37 million people live with HIV worldwide. The epidemic is far from over. Fisk shared his insights from more than 30 years of providing care to people with HIV/AIDS. 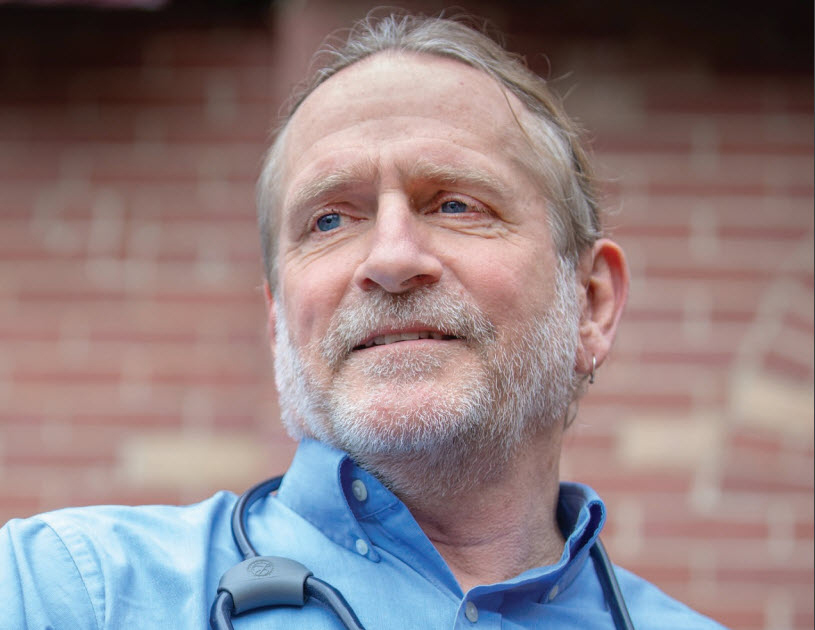 Stuart Fisk, CRNP, and director of the AHN Center for Inclusion Health

On the front lines of the HIV/AIDS epidemic

Rachel Borowski (RB): You’ve talked about the impact that providing HIV/AIDS care in San Francisco had on you. Do you see parallels between the people you cared for then, and the diverse populations now served through the AHN Center for Inclusion Health?

Stuart Fisk (SF): Many of the people with AIDS in the 80s or 90s were in the interstices and margins of society — they were dying, often without ever seeing any care provider other than someone like me. So, from the beginning, my work has been about one question — how do we take what society refers to as “those people” and move them into our system as patients so they get the care they need and deserve?

From a community perspective, when we ignore at-risk populations, it creates an enormous burden of care. You see greater disease transmission, and more complicated health problems, because no one is offering good prevention outreach or working on the basic health needs of those populations. The current COVID-19 epidemic is far deadlier and more prevalent in populations that are poor and underserved; untreated chronic disease, hunger and lack of access to healthy food, and homelessness all contribute to higher death rates and increased transmission of the disease. Much of the work of the Center for Inclusion Health is focused on the social determinants of health that contribute to these poor outcomes, whether it’s COVID-19, diabetes, opioid abuse or HIV.

RB: In addition to hands-on care, were you involved in activism around HIV/AIDS?

SF: Oh, yes, and that also informed my later work. You can’t get equal care for people if society pretends that they don’t exist or that their problems aren’t important. I once helped organize a sit-down protest on the Golden Gate Bridge that led to a 30-mile traffic jam. Our message was, “You think you’re frustrated? There are 50 people here with AIDS, right in front of you, and they have nothing. No drugs, no care. They are going to die. So, again — you think you’re frustrated?”

I also worked for many years here in Pittsburgh helping to run an illegal syringe exchange program for injection drug users that was eventually legalized in 2002.

RB: When you came to Pittsburgh in 1996, what was the care landscape for people living with HIV and AIDS? 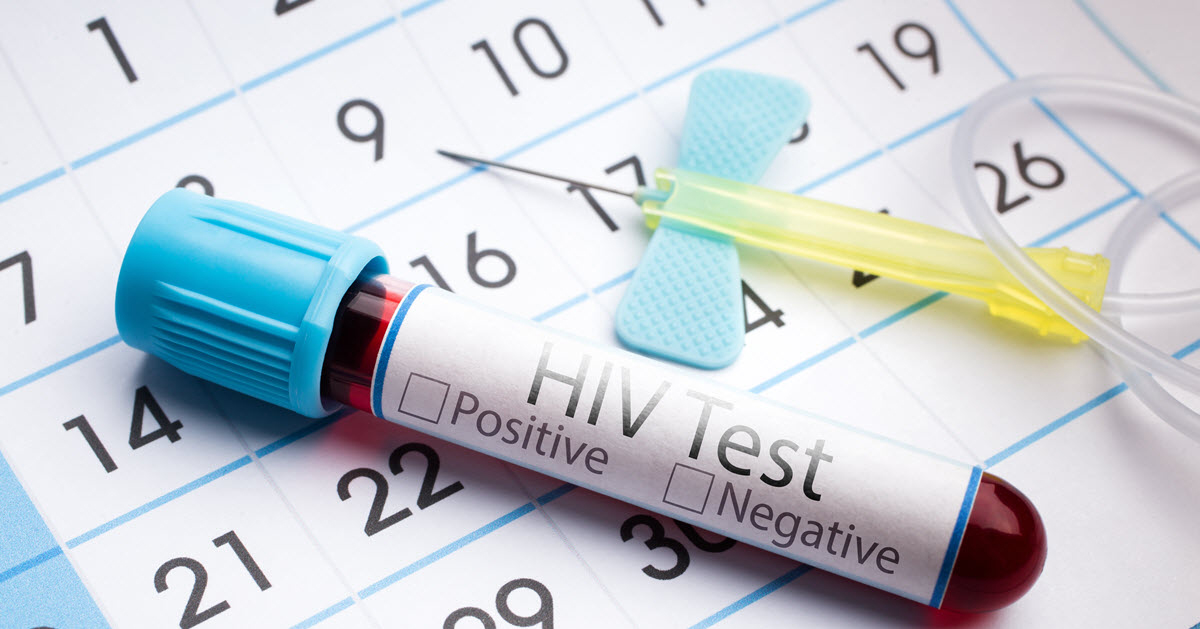 The CDC first recommended universal routine HIV screening in the U.S. in 2006, yet a lack of testing continues to be a key obstacle to stopping the HIV/AIDS epidemic.

SF: The Pittsburgh AIDS Center for Treatment (PACT) was about it for large provider-run programs. In 2001, we set up a formal clinical program, Positive Health Clinic, built around nurse-centric, multidisciplinary care — extremely comprehensive. We have nurse practitioners, nurses, physicians, physician assistants, social workers, pharmacists, therapists, psychiatrists — a full spectrum of support for a person living with HIV. Our doors are open to anybody who needs HIV care. As a Ryan White Care Act-funded program, people can receive our care services regardless of insurance coverage or ability to pay.

The Positive Health Clinic is now part of the AHN Center for Inclusion Health, which we formed in 2014. In terms of size, the clinic is smaller than PACT, but we are on par with what they’re doing clinically. We have a 95% to 97% viral suppression rate, meaning that a patient’s viral load is at an undetectable level and the disease doesn't progress and can no longer be transmitted. We also have an active clinical research program that helps bring new drugs and treatments for our HIV patients.

We can help individuals who have the disease, and there is a massive public health benefit to getting people with high-risk behaviors into a clinic like ours to be tested, and then treated if they test positive. Here’s the thing: a significant percentage of people living with HIV still aren’t tested and diagnosed.

RB: Why do you think that is?

SF: A lack of willingness on the part of the health care industry. The Centers for Disease Control and Prevention (CDC) first recommended routine universal HIV screening in 2006, and they say it is the most ignored recommendation they have ever made. We still see people being diagnosed literally at the end of their life. Then we go back and look at that person’s medical records and see they’ve been presenting with symptoms for 10 years. That’s a failure to diagnose.

If you’re a physician and a 28-year-old patient presents with shingles and gonorrhea and you don’t do an HIV test, then you probably just didn’t want to talk to that patient about sex or drugs. The thing that floors me is that physicians are told they don’t even have to ask those questions if they’re uncomfortable. They should, but they don’t have to. All they have to do is offer an HIV test.

That’s been the struggle in primary care. However, we’ve been tremendously successful in emergency departments throughout AHN. We have a nurse-driven model for universal screening of HIV and hepatitis C. Nurses offer the test; if someone tests positive, we’re notified and then our patient navigators reach out immediately. The goal is to get the first dose of treatment in their mouth on the same day they’re diagnosed.

The current state of care 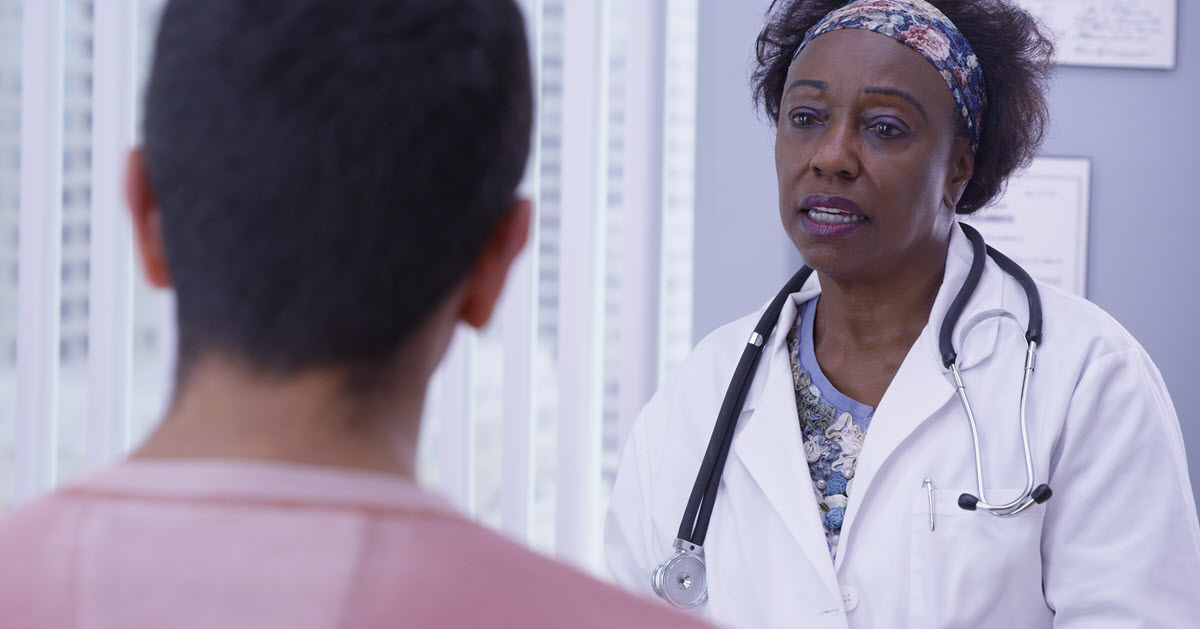 Primary care providers can make a big difference in the fight against HIV/AIDS, if they’re able to establish trust and willing to have conversations about sex, drug use and other topics that may feel uncomfortable.

RB: What’s the biggest difference in the epidemic between the late 80s and now?

SF: We have the medical technology we need to stop HIV in the U.S., we just lack the will. I actually believe it would be easier than it was to eradicate smallpox. We would just need to test as many people as possible and treat the positive cases with a drug combination that puts the virus at an undetectable level so they couldn’t transmit. Then, we would give pre-exposure prophylaxis (PrEP) to people involved in high-risk behaviors to keep them from contracting HIV. We have the tools to stop the epidemic. But in other ways there has been distressingly little change in the last 10 or 15 years.

RB: Where do you believe we need to focus our efforts moving forward?

SF: AHN is part of a community collaborative called AIDS-free Pittsburgh — a collaboration with UPMC and the health department at over 20 local agencies. When we started the initiative in 2015, the goal was to decrease new HIV infections by 70% and have no new AIDS cases by 2020. As of 2018, we’d reduced cases by nearly half, so we’re making progress. We recently had a meeting with the Pennsylvania Department of Health. They’d like to take the model we developed and turn it into a statewide HIV-elimination program.

Diagnoses of HIV are still heavily concentrated in African American communities. More than 40% of new infections in the U.S. are found in people of color. We’ve also seen a rise in HIV cases due to needle sharing, particularly in rural areas. A few years ago, there was a big HIV and hepatitis C outbreak in a small Indiana county. In a town of 2,500 people, 220 cases were discovered, all transmitted through needle sharing. That’s another area the Center for Inclusion Health is tackling — addiction medicine.

In society, even among clinicians, many people are still afraid of this disease and unwilling to talk about it and address it. The stigmas and exclusionary barriers that existed in the 80s still exist for high-risk populations. That’s one reason the Center for Inclusion Health is important. We are demonstrating that if you bring “those people” into a clinical setting and treat them as you would anyone else, you can have great clinical outcomes.

RB: You alluded to an overlap between the work of the Positive Health Clinic and the work that the Center for Inclusion Health is doing in addiction medicine. Are there similar overlaps between other programs?

SF: All the work we do is connected. HIV feeds on stigmatized behavior. Its greatest strength was figuring out how to evolve and move into the weaknesses we create in our own society.

If you look at our program areas — addiction, food insecurity, HIV/AIDS, homelessness, care for immigrants and refugees, transgender health — you see a common thread of marginalization and how being marginalized impacts health over time. For example, many immigrants or refugees have experienced trauma even before they arrived, then they are stigmatized and isolated, which exacerbates the trauma. There may be language barriers, increasing the isolation. They’ve moved into a culture where food choices are often unhealthy, which can cause both physical and mental health challenges. Given all that, it’s no surprise that we sometimes see higher rates of drug addiction among these populations. And then injection drug use increases the risk of contracting HIV.

Whether there are overlapping issues like that, or someone just needs care in one area, when we talk about meeting patients where they are, that means asking all the questions and understanding the whole person. That’s high-quality, personalized care — and it results in better outcomes.

Stuart Fisk, CRNP is director of the Center for Inclusion Health at Allegheny Health Network (AHN). The idea for the Center, formed in 2014, came from a desire to identify populations within AHN facing significant barriers to care and to change things throughout the system to better serve them. In 2017, the Center for Inclusion Health was awarded a Center of Excellence for Opiate Use Disorders grant from the Pennsylvania Department of Human Services.

Fisk has been involved in HIV research, nursing, and prevention since 1988. He has provided hospice, nursing and medical care for persons living with HIV disease since 1992 with a focus on providing care for persons with substance use and mental health disorders. He has helped to develop a number of innovative programs to provide compassionate, state-of-the-art care for these populations, first in San Francisco, and then in Pittsburgh. He started and continues to be involved in the development of the Positive Health Clinic at Allegheny General Hospital, where he provides primary care for persons with HIV infection.