Our Nation's Health Care System: A Conversation With Leon Leach 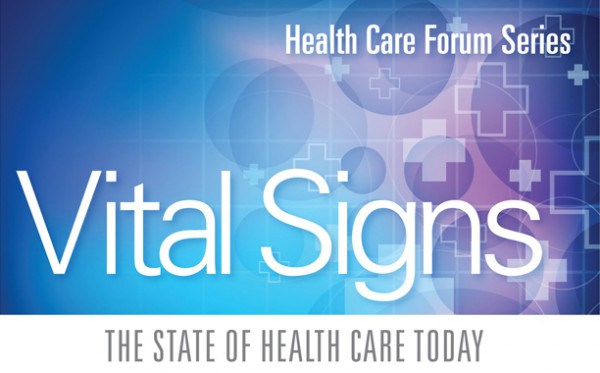 One goal of the Vital Signs Health Care Forum Series, co-sponsored by the Pittsburgh Post-Gazette and Highmark Inc., is to encourage the conversations about today's health care that can help improve tomorrow's health care. 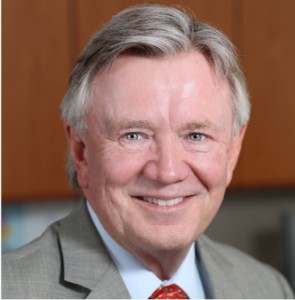 Leon Leach, a chief executive at MD Anderson Cancer Center for 18 years, has spent almost his entire career in health care, including starting 18 PruCare HMOs, being chief operating officer and chief financial officer at CareAmerica Health Plan, and launching two start-ups that sold to Fortune 500 companies. Before speaking at our forum on health care disparities, he generously set aside time to speak with me about a host of health care system issues.

Don Bertschman (DB): How did you get into the health care industry, and what has kept you focused on this field?

Leon Leach (LL): I came from limited financial means — I had to take a daytime job and finish college by attending night school. The government had recently passed Medicare, and Prudential Insurance got the contract in southern New Jersey, where I lived, to be the Medicare Part A carrier and Part B intermediary. They hired me as a reconciliation clerk — my job was to resolve discrepancies in the keypunched 80-column computer cards used for Medicare claims. Back then, that was cutting-edge technology.

I wound up working for Prudential for 25 years, including as vice president of the Medicaid department in New Jersey; then as senior vice president with PruCare, their HMO company; and then as CFO of their residential real estate company, which had my family living in Newport Beach. After three years, Prudential wanted me to come back to corporate headquarters in Newark. Whenever my sons misbehaved, I would invite them to breakfast on Saturday to talk about it. Well, when I told my family we were moving back to Newark, my sons invited me to breakfast — long story short, we did not go back to Newark.

As I was about to turn 50, a start-up I was involved with sold to a Fortune 500 company. I was sailing down to Cabo San Lucas to contemplate my next career move when I was contacted about becoming MD Anderson Cancer Center's CFO. I had never worked for an academic medical center or a hospital, so it was a bit of a "huh?" moment. But when I saw what MD Anderson did, it truly made an impact. I had been on the business side of health care, but at MD Anderson I could be more connected to the patient care. It gave me a sense of giving back.

DB: There are so many parts to the U.S. health care system — public sector, private sector insurers and providers, employers, foundations, community groups, and of course individuals. Do we have the right balance of responsibilities, or is that something we look at if we want to improve the system?

LL: Should any sector be doing more? I don't know that it's terribly productive to say Party A is not doing enough if you're Party B. I think we have to keep fighting on several fronts. I do believe we need to have some goal alignment in areas where improvements make sense.

For example, studies show that heart attacks are treated differently in different regions, and you also see disparities in the ratio of children taken by C-section versus born naturally. We need to have more establishing of what is the best practice and then make sure the best practice is followed consistently.

Accessibility is still an issue. The Affordable Care Act (ACA) was well intentioned, but I don't think it got to the crux of some of the problems. With good insurance, you can get in to be seen, but there are doctors that won't see Medicaid patients, for example. While I'm not a believer in a one-payer system, I do think you have to find ways to get people into the health care system.

We question why we spend more than other countries and yet our survivorship isn't as good. Well, if a quarter of your people aren't even covered by the health care system, as is true in Texas, that skews your results. Compare outcomes for covered versus not covered — I think you'd figure out where the disparity is. We need to do something about that.

And a huge problem is not taking good care of ourselves. There's the counterargument that it's hard to take care of yourself when you're making ends meet paycheck to paycheck. You may eat things that are not so healthy because they're cheaper, or you don't go for care because you need the money for housing. But there are also people who have the resources and still don't make good choices. We need to do something about the self-inflicted wounds of poor lifestyle choices and give people an incentive to make better choices. I think the carrot works better than the stick.

DB: Many employers reduce how much employees pay for their health coverage if they participate in wellness and screening programs, and hit certain numbers for cholesterol, weight, blood pressure and so on. Should that kind of "carrot" be used more system-wide?

LL: Part of what we should do is try a bit of everything and let the success stories float to the top. I don't believe we should mandate any one thing, so much as try different strategies and spread awareness about what works. If employers find that a certain incentive system improves the health of their population and saves money, then more of them will adopt similar systems. It will be harder for government-run plans to do that, I think. Maybe qualifying for better health benefits if you're doing the right things is part of the discussion too.

DB: It seems like health education could both create a healthier population and reduce health care disparities. Should more investment — whether it's societal, employers, insurers, providers or foundations — focus on the root causes of less-than-ideal health behaviors?

LL: I would agree that it should. But the reality is also that when folks walk into the ER because they have a lifestyle-related problem that's become unbearable, you have to treat the current situation.

So, sure, we can continue to spend money to educate the population and limit those exposures. But another part of the solution could be more lower-cost primary care clinics where it's easy for people to walk in and get help that hopefully keeps an issue from turning into a serious problem. These clinics could have triage nurses who assess your situation and either help you or get you to the right person.

If you provide more access to primary care, preventive care and routine physicals so you catch things earlier, that's better for individual health and it reduces the costs associated with people having their only care come from emergency rooms and hospitals. I think there are some fundamental issues like this that the ACA doesn't really get to.

DB: You mentioned cost, which is a concern for everyone. The second event in the Vital Signs series focuses in part on the cost of specialty drugs.

LL: Sure, that's one of the hot topics in health care. It's probably going to get worse before it gets better — but partly that's a function of our success. With cancer care, for example, most of what had been done from the advent of chemotherapy until recently was kind of one size fits all. Now, we're looking at your genetics and coming up with custom-tailored therapies that allow us to save more lives. Nobody wants to not invest in these opportunities. At the same time, it's expensive to bring new drugs on board — and if what you develop only pertains to a sliver of the population, it's harder to recoup your costs. The one-size-fits-all approach lets you spread the cost of development over a broader base.

DB: Like many health care cost challenges, the math of that is pretty clear. But — what do we do about it? Given your expertise with the financial realities of health care, what are the options for keeping up with costs?

LL: Part of the deal with the ACA was that costs would go down — but costs have gone up. Other factors also add cost, like the population aging and us getting better at keeping more people alive longer. Is this sustainable? Not really. To sustain higher costs, something else has to pay for it. We run more of a national deficit, or we don't build as many roads or educate as many people or defend ourselves as well.

When you look at how different countries address this — every country rations care. In most socialist systems, everyone is covered. But you may wait a long time to get services — that's a type of rationing. In the more managed socialist countries, they have rules you have to follow to get care, which in this country there would be a lot of public objection to. I remember reading an article about England's National Institute for Health and Clinical Excellence (NICE) that used the phrase "NICE isn't nice" in critiquing how they allocate resources. Basically, they assign a value to human life, and if treatment costs more than that and you're a certain age, they won't approve it. Some of the fear-mongering about ACA "death panels" was based on how countries like England ration care.

I'm not sure that how we ration care in this country is the right way, because it depends on whether you have insurance and what kind of accessibility you have. That's not any more fair than NICE rationing treatment by the financial value of a life, or Canada having such long waits even for serious cancer that those who can afford it often come to the U.S. instead.

Germany, Switzerland and the Netherlands are often cited as having good systems, but they are all more socialistic than ours. As a society, we haven't gotten comfortable with that yet, and may not get comfortable with it — and it may not be the best solution here.

We may have to find a broader solution — driven partly by technology, partly by looking critically at access and figuring out better entry points like primary care clinics with triage nurses, and partly by getting healthier as a population.

But having forums like the one I've been invited to in Pittsburgh, and people talking about these issues and seeing things in their families where something could've been handled better — that all creates more fertile turf for exploring and for change.