Progress:
Investment in one of nation's top cancer programs is an investment in helping patients 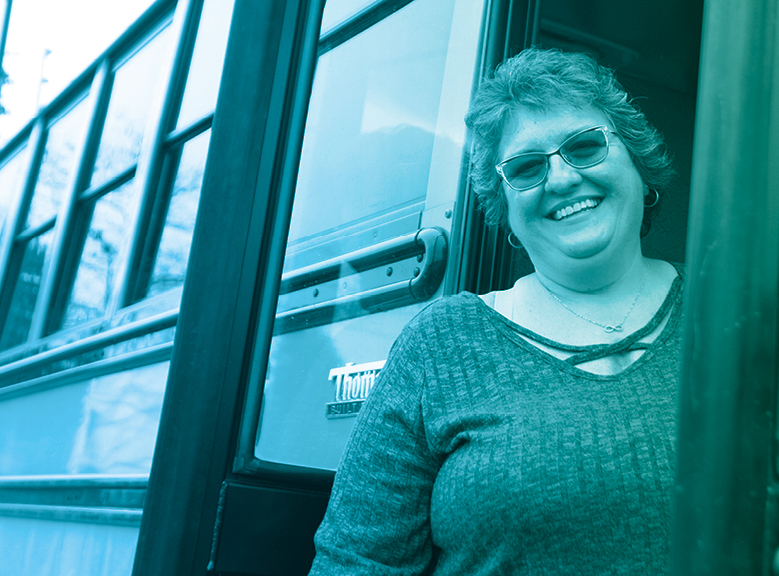 Kim Bonifield thought she had Friday morning food poisoning. When it turned into a medical mystery, Allegheny Health Network's Cancer Institute came through with a solution.

Kim Bonifield, a bus driver from Washington County, thought she had a case of Friday morning food poisoning. Instead, it was a medical mystery that was eventually unraveled and treated by the expert clinical team at Allegheny Health Network's Cancer Institute.

"By late Saturday afternoon I was doubled over in pain," she said. So she drove herself to AHN's Canonsburg Hospital, where a CT scan revealed abnormal lesions known as "infarcts" — localized areas of dead tissue — in multiple organs. But what could be behind it?

The puzzle would take a few more weeks to solve, once Ms. Bonifield was moved to Allegheny General Hospital. There, a team of cardiologists and blood cancer specialists arrived at an unexpected diagnosis: an extremely rare form of heart cancer known as primary cardiac large B-cell lymphoma. Via the heart, the tumor was discharging bits of itself into the bloodstream, causing clots and infarcts.

There have been just a handful of these cases nationally, and fewer than 100 worldwide.

After two biopsies, surgeons opened up her heart on September 29, 2016, and "removed a mass in my left ventricle that was bigger than a golf ball," Ms. Bonifield said. Less than a month later, the lymphoma mass had returned to the heart, so Ms. Bonifield's physicians developed an aggressive four-month chemotherapy regimen that was carried out at West Penn Hospital.

That regimen ended in February 2017, and Ms. Bonifield remains in good health and cancer-free, according to follow-up PET scans. She is back to driving her bus.

"I had a really good team," she said. "They were all very caring."

Stories like this one are proof that oncologists, radiologists, hematologists, and clinicians across the Allegheny Health Network (AHN) are capable of treating some of the most unusual, aggressive cancers, with superior results. That expertise will be tested more and more in the years to come, as the nation ages and cancer incidence rates rise — which is why Highmark Health and AHN announced last summer that they plan to invest more than $200 million over the next several years in cancer services: new community centers, and a new academic cancer institute on the Allegheny General Hospital campus.

Those new resources, coupled with AHN's ongoing partnerships with Highmark Inc.'s Cancer Collaborative and the cancer experts at Johns Hopkins Medicine, will create a formidable force in cancer medicine and research for decades to come.

"Allegheny Health Network has one of the country's top cancer programs," said David Parda, MD, chair of the AHN Cancer Institute. "Every day, our clinicians are extending and improving lives of cancer patients though leading-edge, well-coordinated cancer care and pioneering new therapies being advanced through clinical trials."