Proudly serving 40 million Americans, one customer at a time. 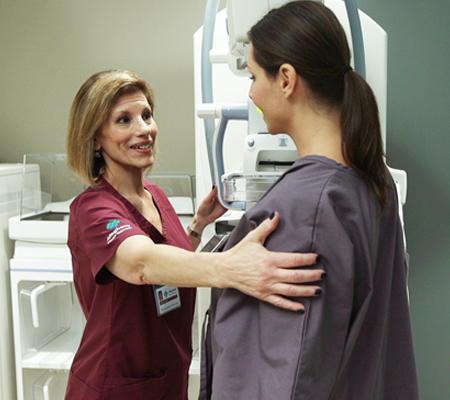 State-of-the-art 3-D mammography technology was purchased for Allegheny General Hospital's Breast Center through AHN’s partnership with the Glimmer of Hope.

About 40,000 women in the U.S. were expected to die in 2012 from breast cancer, though death rates have been decreasing since 1990, especially in women under 50. These decreases are thought to be the result of treatment advances, earlier detection through screening and increased awareness.

Allegheny General Hospital Breast Center's special community partner, the Glimmer of Hope Foundation, partnered with AHN in 2014 to support the purchase of state-of-the-art 3-D mammography technology for the hospital.

For the past three years, funds have been raised through a number of Glimmer of Hope events co-sponsored by AHN, including Pitch for Hope — a unique, annual women’s baseball clinic at PNC Park, where women and girls learn the fundamentals of pitching, hitting and fielding from Pittsburgh Pirates coaches, managers and players.